Grand Color In The Great Hall 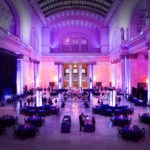 With a corporate group meeting spanning four nights in the same hotel, with the same people, the same rooms, the same everything… we were brought in to create a different lounge setting for each night. Transforming the same room into a different atmosphere each night at the Swissotel, Chicago. 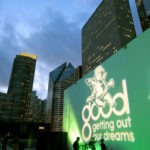 A fun, new product launch needs a fun, new environment for the launch party! Specialty lighting & gobos were utilized to create a bright & colorful space for the guests. The exterior walls & tent sides were washed with color and custom gobos for branding. Vertical glow towers were added for some architectural & textural • Read More »