Last night was Alice’s trip through the Rabbit Hole. When greeted by the White Rabbit at the front door, you’ve got no escape but to plunge head first into this fantastical “Alice In Wonderland” themed holiday party. The graphic style of Chicago illustrator David Csicsko worked perfectly as the visual inspiration of this party. Working directly with David, we created a magical world based on the drawings he did for this Alice Holiday event. In the front lobby, guests were greet by a Palladian window with a sign that said “Turn Me.” When they did, the infamous White Rabbit appeared to set the tone… literally, a sign of things to come!

Once inside, the guests entered through a box tunnel which was actually Alice’s legs & skirt. Okay, sure they may have been a little large… but the entire holiday party was a bit skewed & a bit off-kilter. 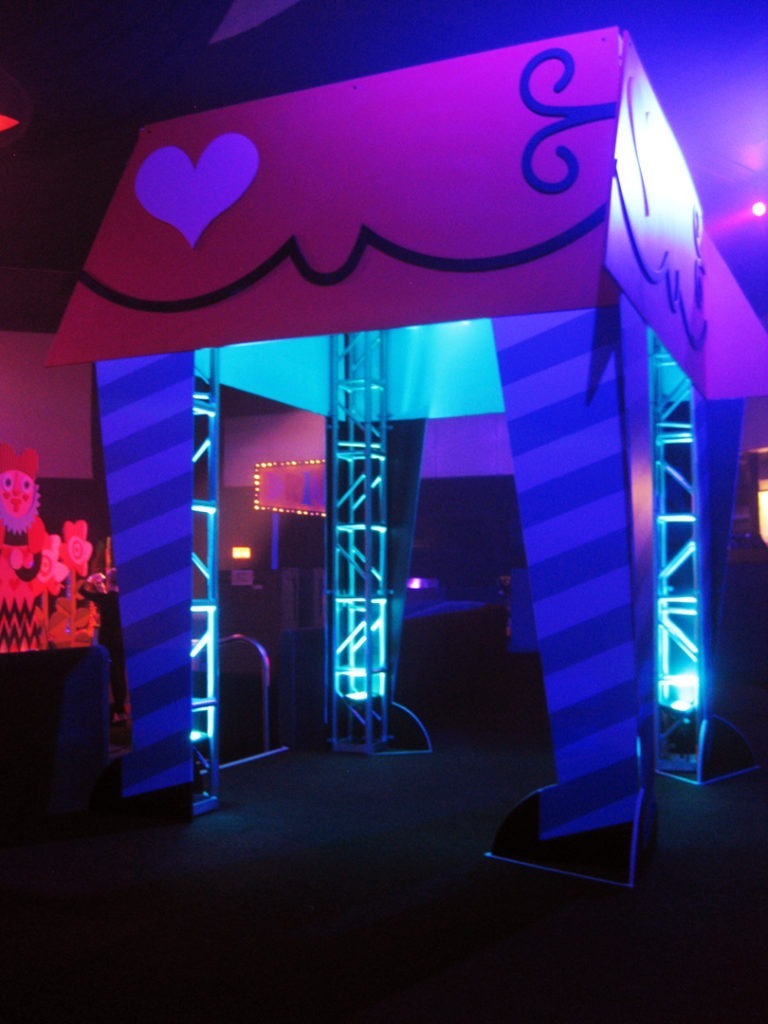 The two main buffets featured two of the main characters… oversized & dimensionalized Mad Hatter & Queen of Hearts. Each decked out with colorful parts & pieces towering over the buffet service; dwarfing the guests as they fill their plates. 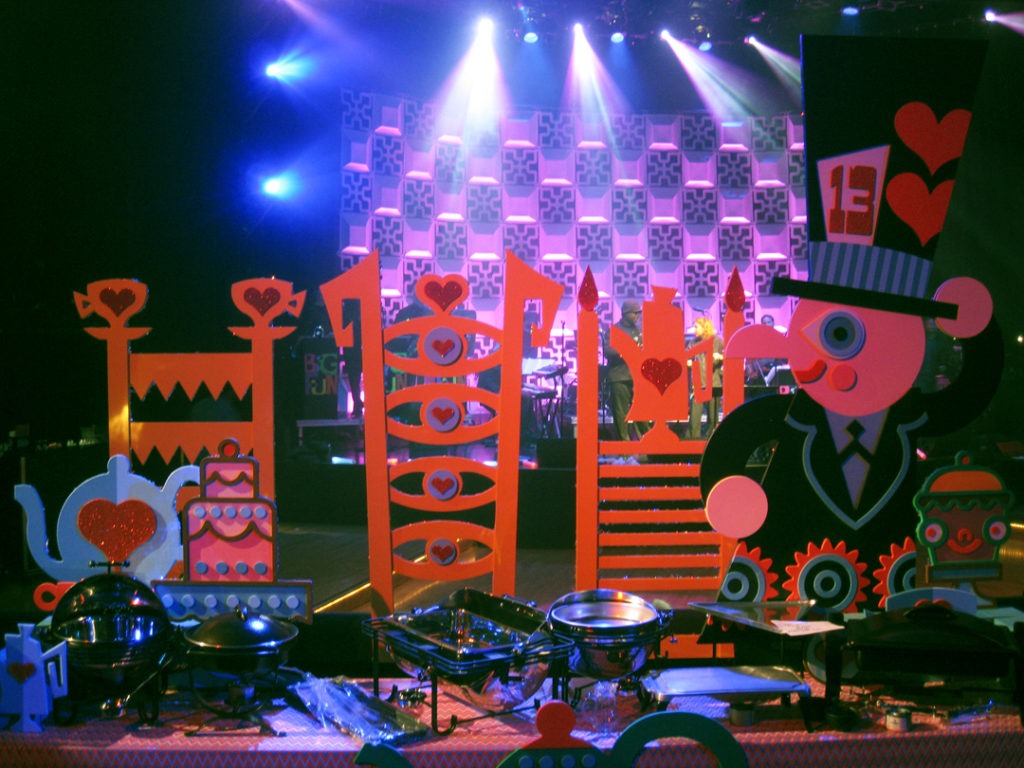 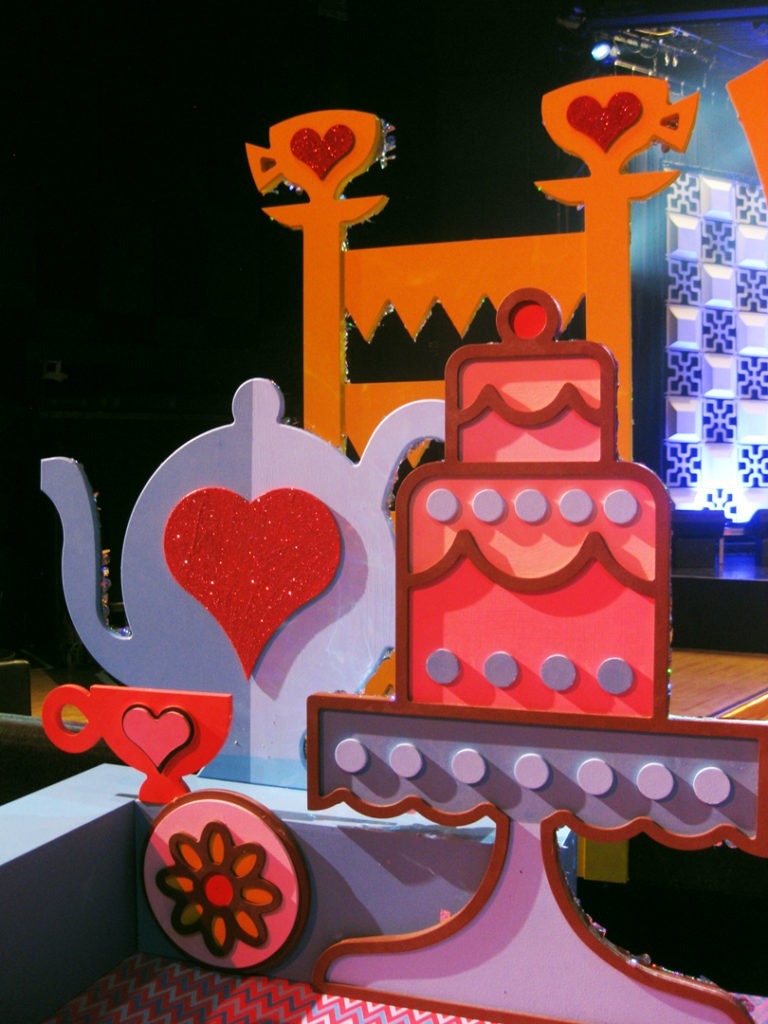 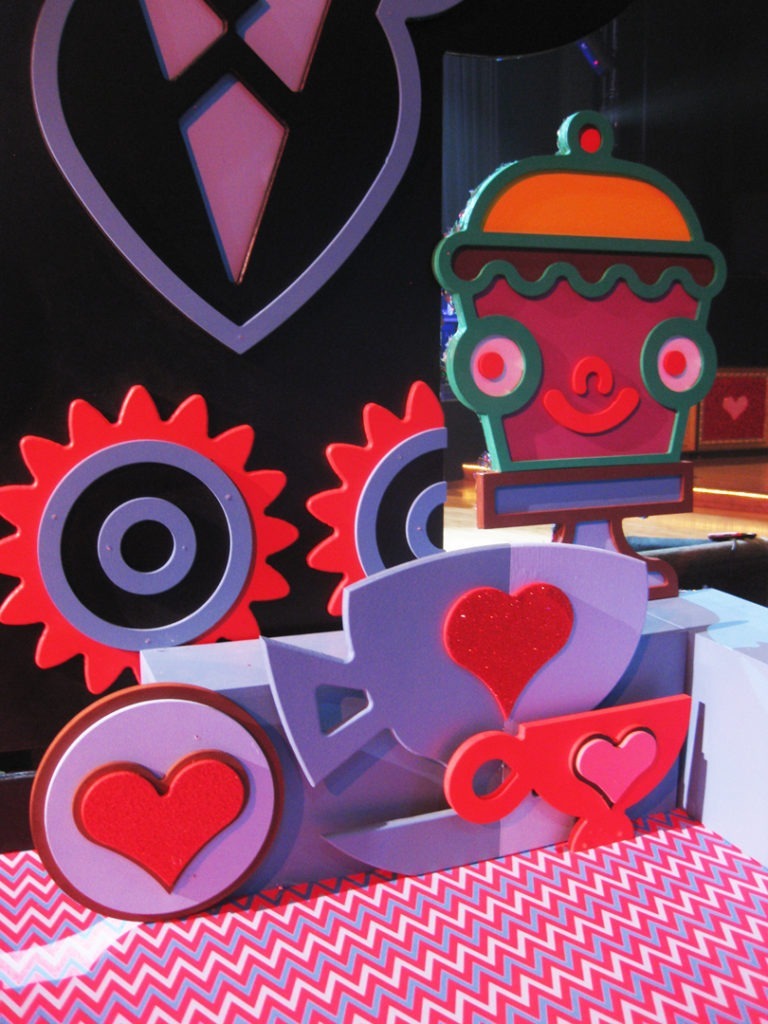 The Queen of Hearts resided over the table along with her rose garden… with the white roses being painted red, while the hedgehog is “playing” croquet on the side. 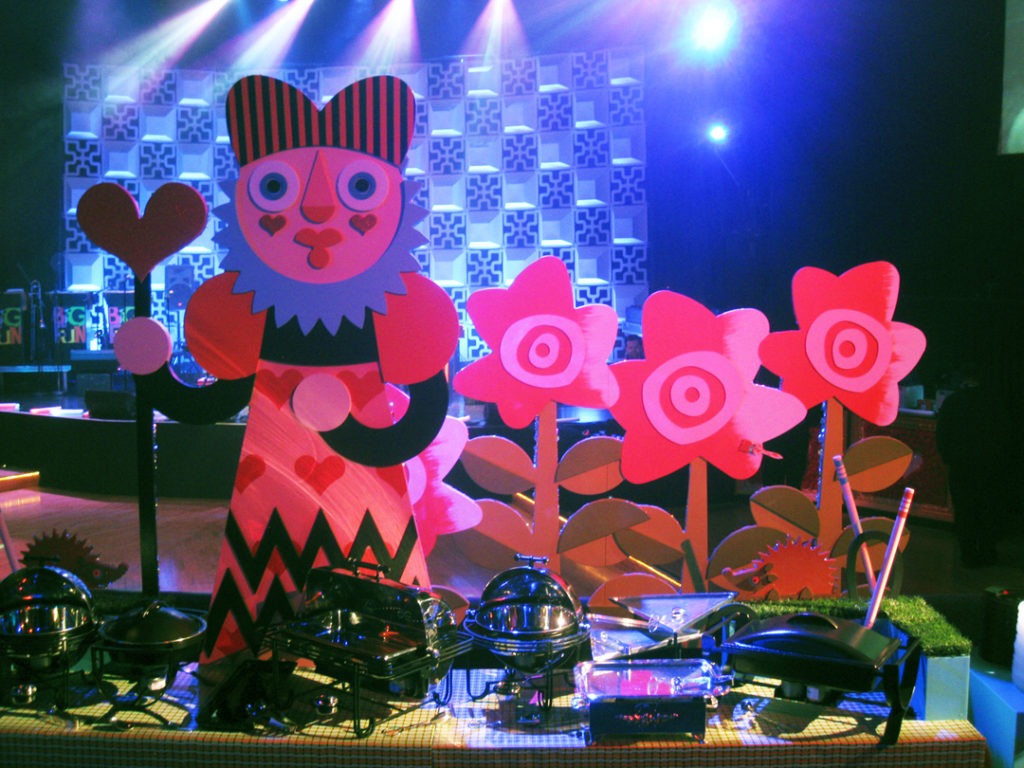 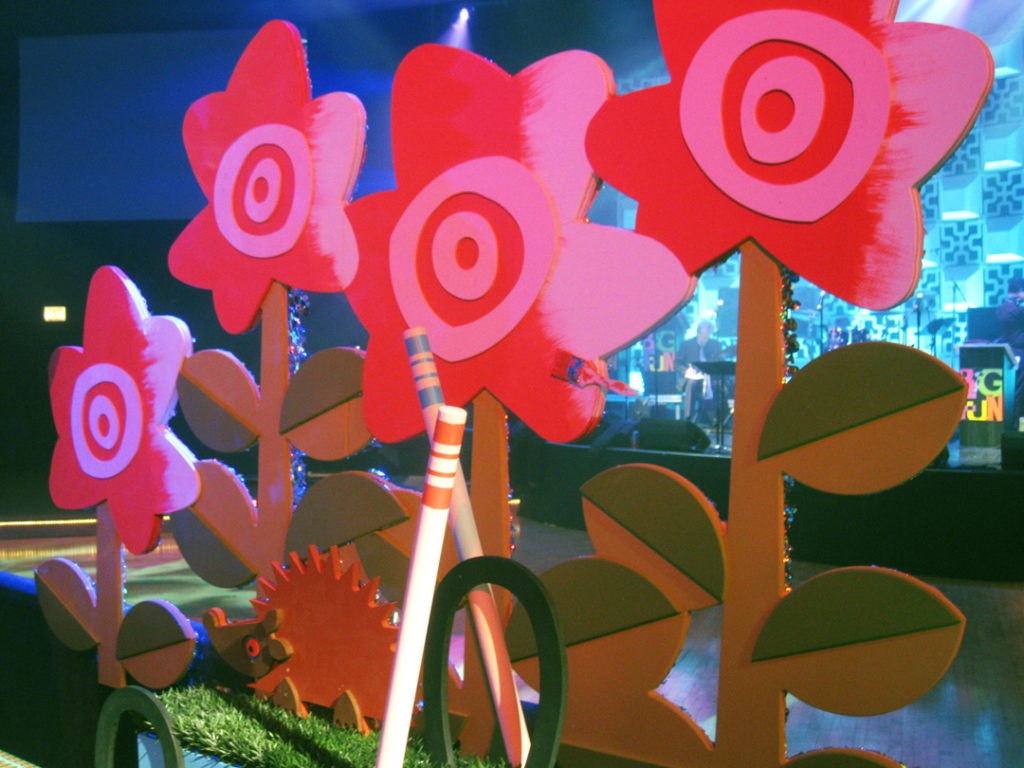 On each side of the venue, there were ancillary buffet stations. On the left side, it was “Eat Me”… which according to the story, makes Alice larger. So the buffet station was shrunken to make the guests feel larger in the space. On the other side of the party was the “exact same room” with the exact same decor, but this time it was “Drink Me.” Which again, according to the story, when Alice drinks the potion she shrinks. So, the same decor pieces were oversized to make the guests feel as though they had been shrunken as well. In “Eat Me”, the buffet tables were higher 18″ off the ground so people had to stoop to get their food, whereas in “Drink Me” the buffet tables were 42″ high so people had to stretch and reach. 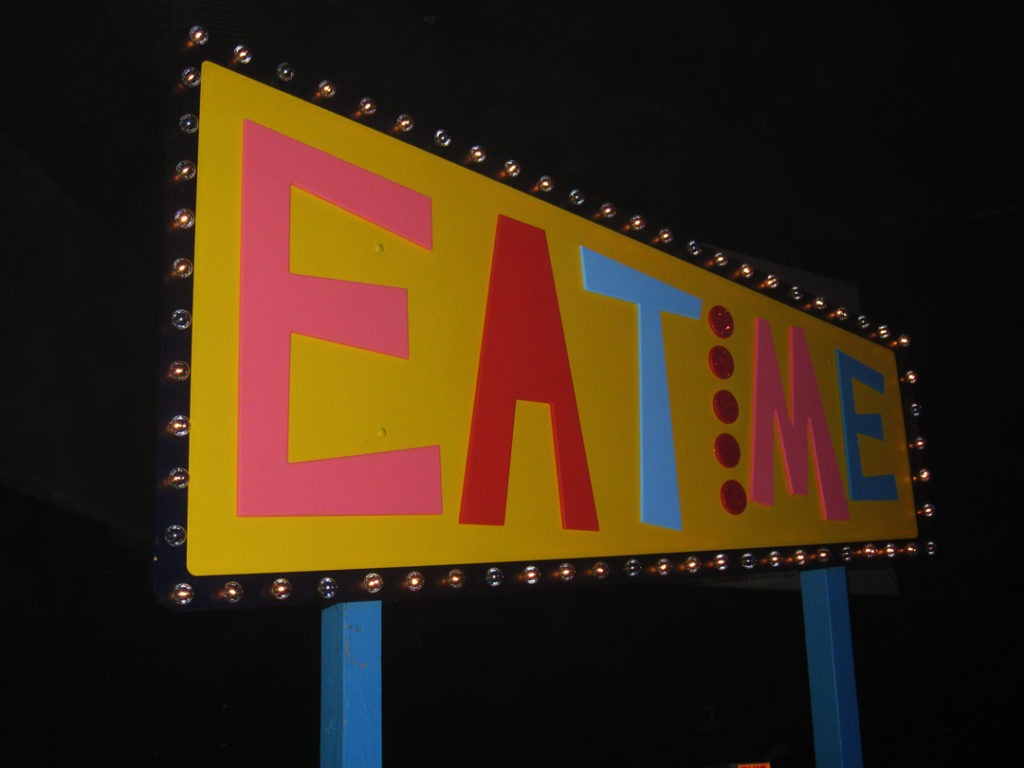 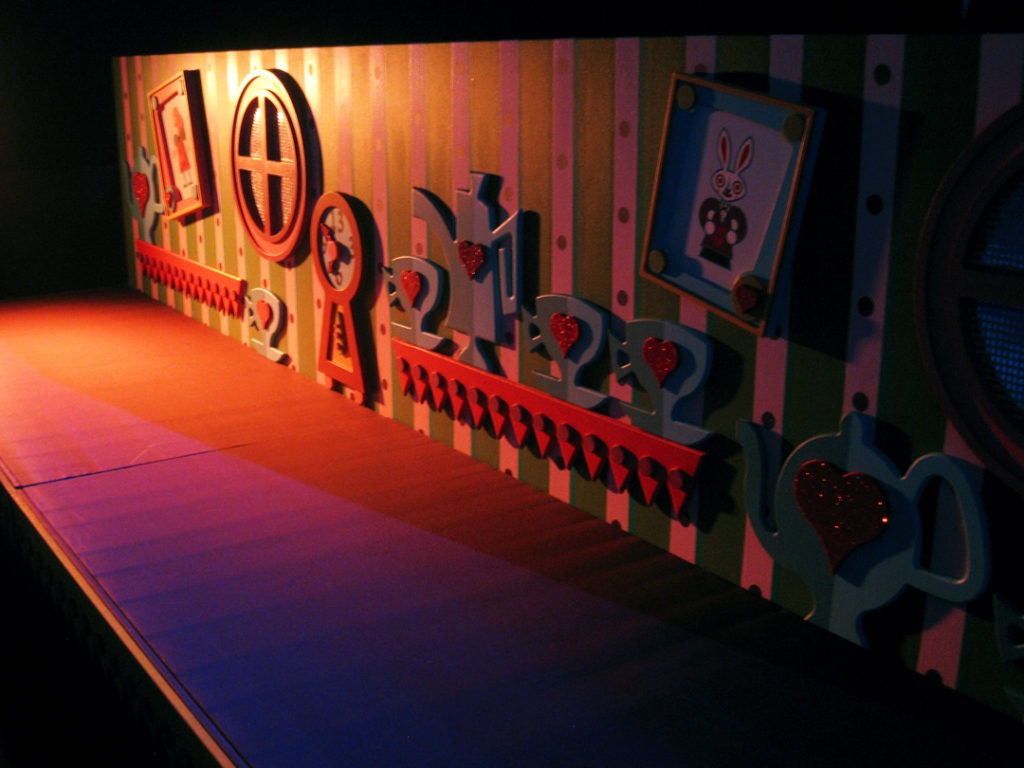 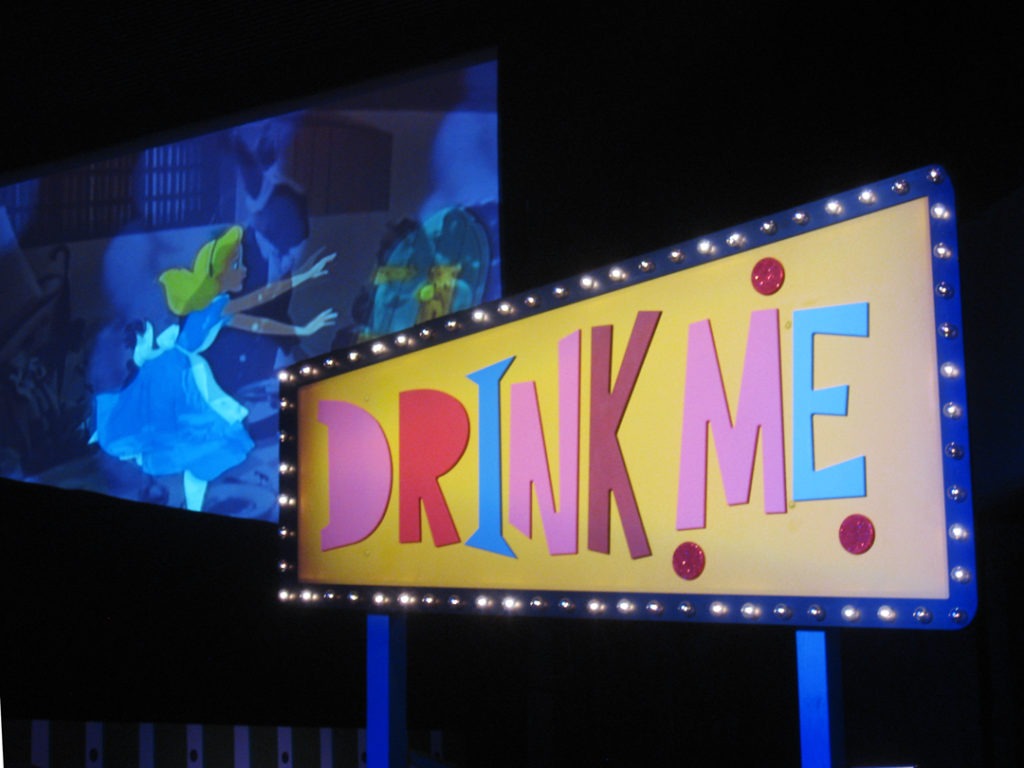 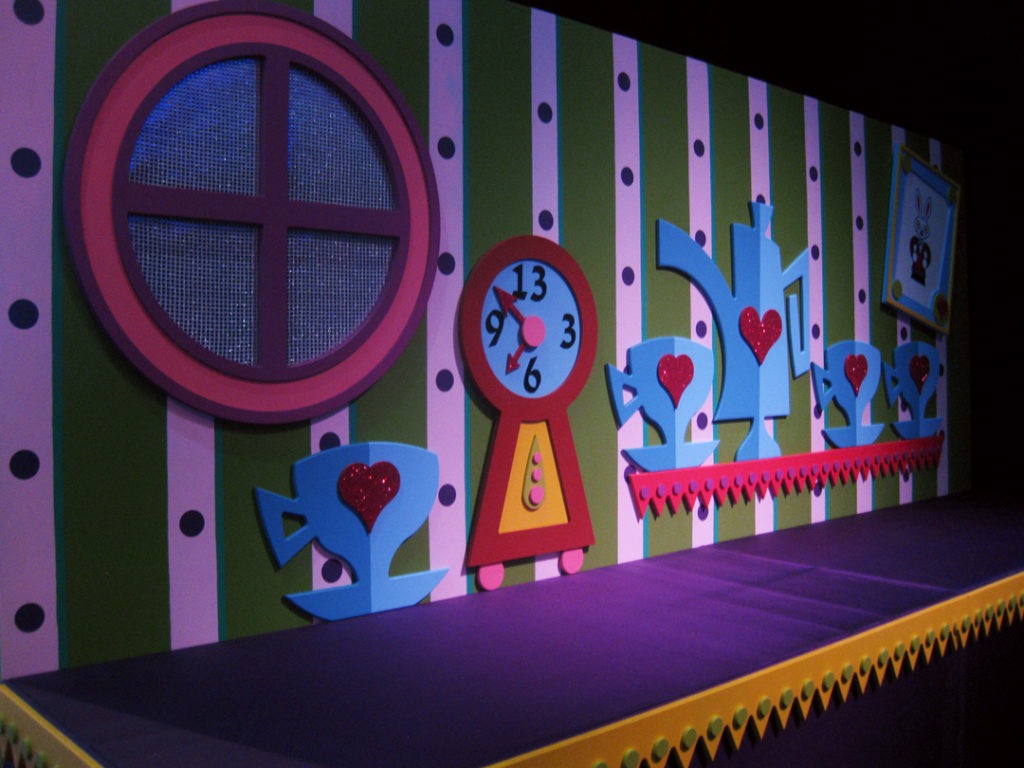 Overseeing the entire event was a wonderful illustration of the Cheshire Cat, also by David Csicsko. The image was created with colorful fabric that lit-up like a stained glass window when lit from behind. The circular image floated high in the sky covering the rotunda dome & mirror ball at the Park West.

And since every holiday party needs a Santa… of course, in Alice’s Wonderland it had to be the hookah-smoking caterpillar! His domain was created to be the perfect photo-op for guests to pose with Santa… err, well, the Caterpillar. Always a popular activity at the party.

And what Alice In Wonderland Party would be complete without some crazy characters to inhabit this crazy Wonderland. 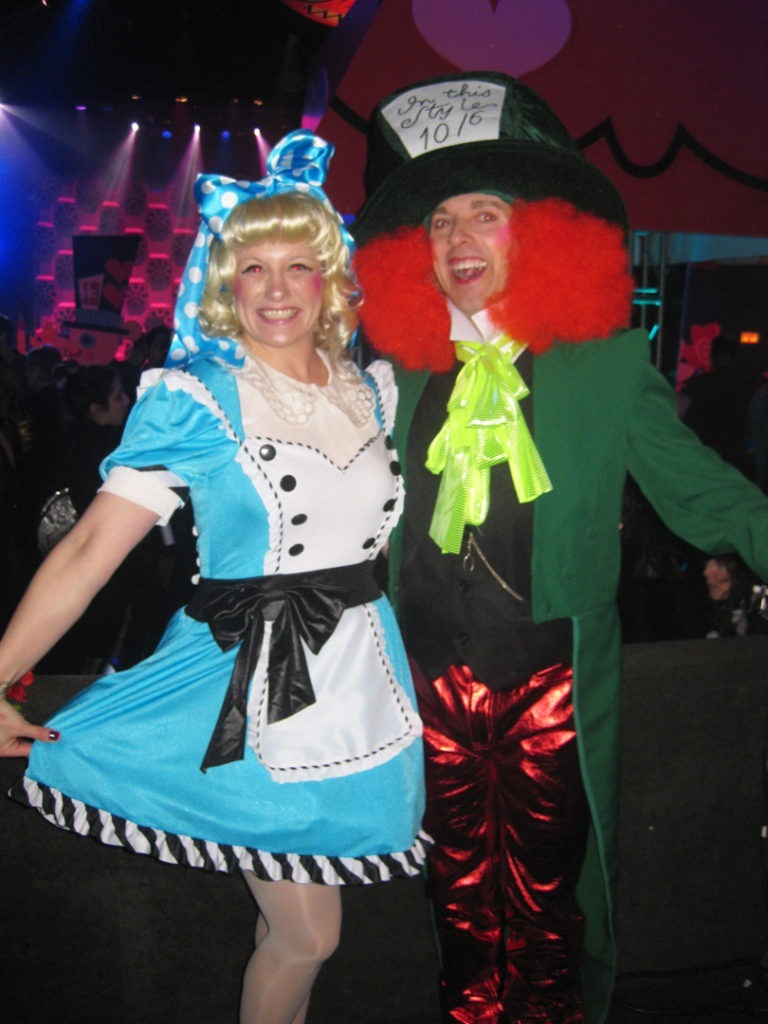 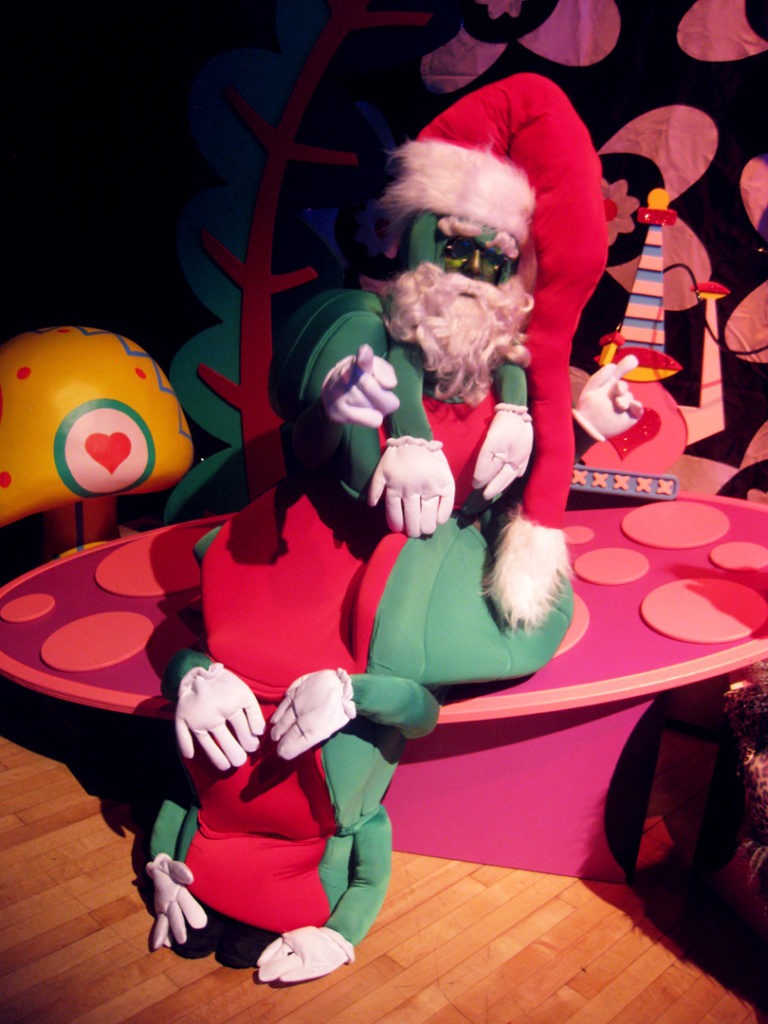 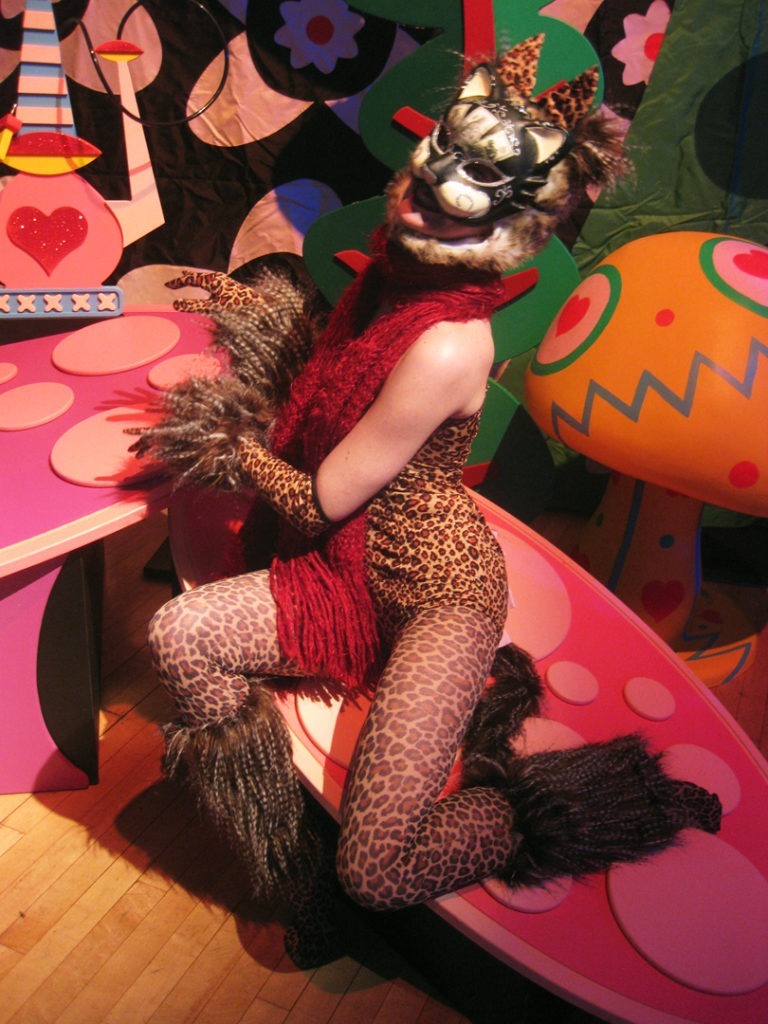 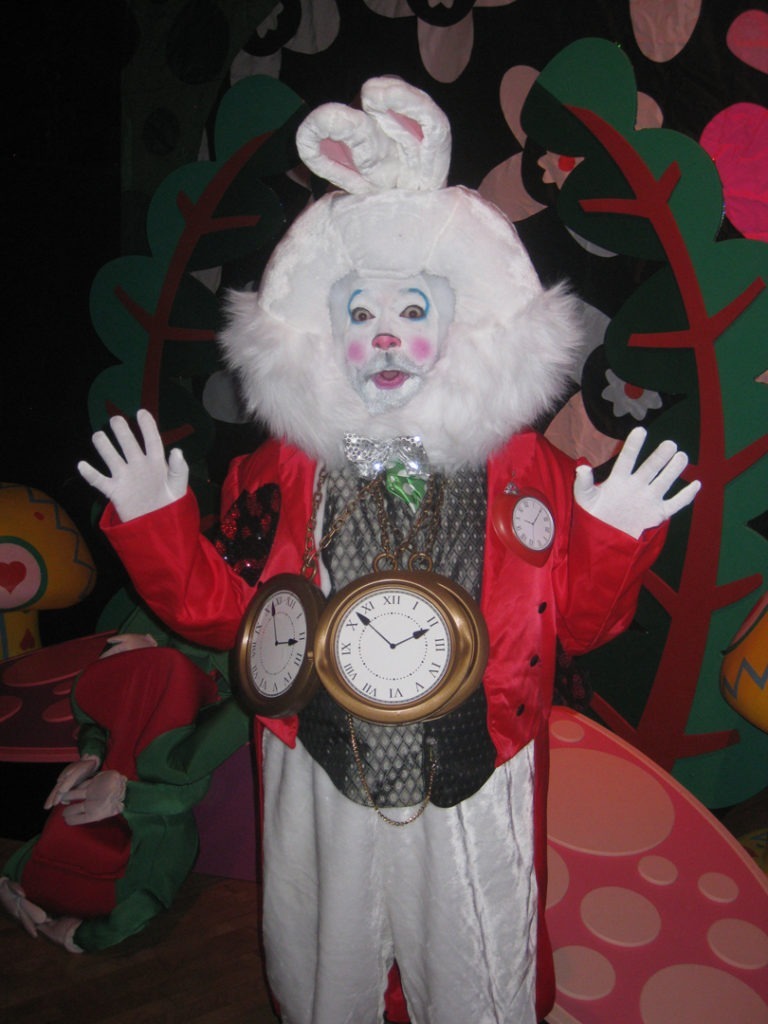