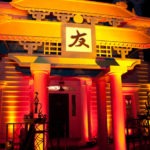 Happy Chinese New Year one and all. And to celebrate the beginning of the Year Of The Dragon, we were hired to design an elaborate Asian-inspired house party. With a large tent in the backyeard, and decor throughout the house, the client’s beautiful home was converted into an Asian dream! With classic Chinese elements though • Read More »

With the Chinese New Years Party just a day away, we’ve started installing already! We love when sketches & plans come together. Nothing better than imagining what it should look like, and then being able to custom build it for the client. The guys in our shop are always up for a challenge – and definitely did • Read More » 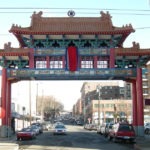 With a very special Chinese New Year Party on the horizon, it was time to draw some inspiration for decorative Chinatown Gates from around the world. Our clients want an impressive entrance treatment… and we may just need to build them their own Chinatown Gate?! 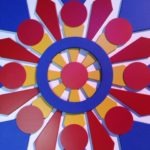 It’s always exciting to see a doodled-sketch come to reality. And it looks like the Circus is getting ready to roll into town!

We were recently hired for a circus-themed holiday party. And every circus has a Ringmaster. So this party needs a trailer for specially designed the Ringmaster. Which will also be used as the backdrop for the event’s phot-op. Sketches are under way and soon our workshop team will be making our circus dreams come true! 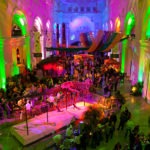 When a special client hires you to take over Chicago’s Field Museum for night, and offers up some great design themes & concepts… let the games begin! Last night, the weeks of planning came together as the landmark museum was transformed with thematic decor and dramatic lighting. Guests from around the world descended upon the museum • Read More » 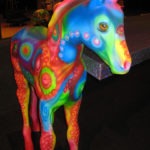 With the holiday season drawing near… and a wacky themed party right around the corner, we’re doing everything we can to create a wonderful “holiday hallucination.” Yes, the client asked the company holiday party to feel like a real “drug experience.” Which included transforming some lifesized animals into groovy tables! Yes, the legs of the • Read More »

From Concept to Reality

With a large event coming up, we designed a large stadium facade entrance. The renderings were approved by the client and production began downstairs in our full-service workshop. It’s always rewarding to see the design sketch “come alive” as it goes through carpentry, assembly & finishing!

Custom Tabletops for The World’s Fair 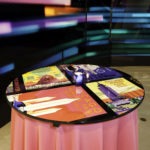 Or at least for a “World’s Fair” themed event… In preparation of the upcoming event at the Museum of Science & Industry, our production crew created these wonderful highboy table tops. Specific to the theme, these colorful tabletops adhere to top of a standard highboy table… a striking & thematic alternative to a plain, linen-covered • Read More »