Thank You FIREFLY. Thank You Dover.

So our tenure in Dover has come to an end. Firefly Music Festival 2013 has come and gone. Thank you Dover for making it our home-away-from-home! Thank you Firefly for giving us a great reason to come play in The Woodlands. Today is our last day. Time for one last full team photo! The ICA • Read More »

FIREFLY : Gone But Not Forgotten 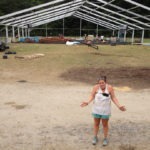 What once was a hustling-bustling Coffeehouse, is not but a framework of its former glory. Firefly 2013 may be over… but dates have already been announced for 2014!!! So it’s just one more year until the fun in Dover happens again!!!

FIREFLY : All Good Things Must Come To An End 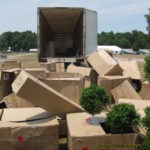 The three days of concerts are over. The music has ended. The crowds have left. Now we just need to take it all down and pack it up back into boxes & trucks! All of the furniture. The pillows. The lanterns. All of the cables. All of the cords & wires. 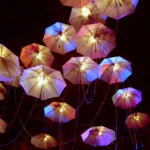 Sure, we had tested the lighting a few days ago… but nothing was quite as exciting as seeing the full lighting effects in The Pathway.  But tonight I had a chance to sit back, relax and really take it in – the colors, the sparkle, the magic. Special thanks to our Lighting Designer Mike for • Read More »

FIREFLY : The Vineyard at Night 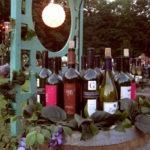 Charming. As the guests flowed into The Vineyard, the wine was flowing too! And as dusk settled in, the lights became more apparent. Twinkling spheres hung in the center of every pergola side, as well as lines of stringer lights creating a canopy and a lighted perimeter. In the darkness of night, the canopy of • Read More » 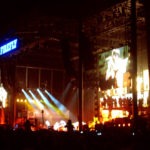 After practically two weeks of set-up, the Firefly Music Festival was finally here! The front gate opened this morning and the crowd came pouring. So exciting. We always love when a big project like this comes together and all the pieces fall into place. Now we just need to keep an eye on things to • Read More » 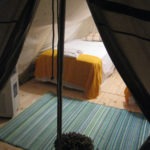 Night has fallen… the concerts start tomorrow! And yet we were working well into the evening getting everything in place. Including the Glamping Area. Rows & rows of specialty tents that guests “rent” for the weekend. It’s basically “glamorous camping”… thus, Glamping. They looked beautiful tonight with the dark sky and rows of quietly illuminated • Read More » 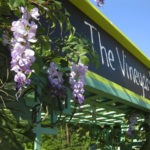 Set in a quint alcove cut out from the trees, The Vineyard will be a quite respite from the concerts. Custom-designed pergolas line the perimeter for the various wine varietals. Each of the pergolas, as well as the entrance, were festooned today with an assortment of wisteria & greenery. Special thanks to Colleen of the • Read More » 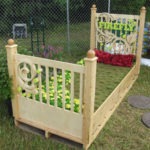 We’re one day away, and final touches are happening everywhere! Today we installed several of our custom, theme gardens around the festival grounds. Like the Firefly “Flower Bed” which invited guests to sit back, relax and “take a nap” during the hectic concert schedule. Another one is the Firefly Logo Lawn. With lettering seemingly cut-out • Read More » 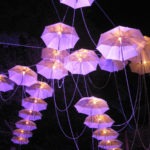 Tonight was the first time we “flipped the switch” in The Pathway. Illuminating the umbrella chandelier with fingers crossed. Hoping everything would look magical, colorful & sparkling. And it did… In addition to the umbrella chandelier, we also did a little magic in one of the larger trees. Creating another wonderful effect using meteor lights • Read More »